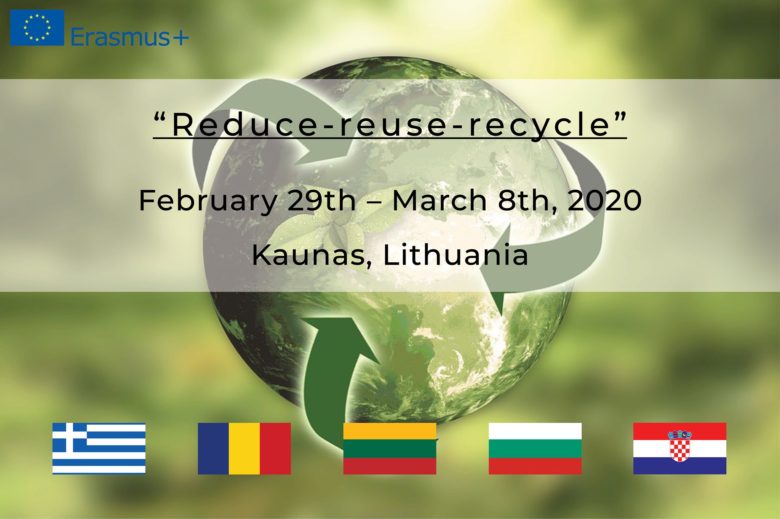 From 29 February to 7 March, as a partner of the Lithuanian organization ‘Neribota atheitis’, the Ecoworld Rhodopes Association organized the participation of young people in a project ‘Reduction-Reuse-Recycling’ held in Kaunas, Lithuania and gathered participants from 5 countries – Lithuania, Croatia, Greece, Romania, and Bulgaria.

The youth focused on changing attitudes towards recycling and bringing about positive results, as well as influencing the changing pollution situation.

Untreated waste is one of the key problems in our environment. Plastic and other wastes pollute our land, water, and air, which also contributes to climate change.

The European Commission has announced that 70% of waste in the oceans and beaches consists of disposable plastic products. What’s more – in October 2018, the EC announced for the first time that plastic had already entered the human food chain. However, many steps are being taken to reduce the amount of waste coming into landfills, but many more steps are needed to make this happen.

Within the project young people:

* Analyzed daily habits and use of plastic;

* The Bulgarian team presented and conducted an interactive quiz on different types of plastics and their environmental damage;

* In groups, the youth surveyed local people about their daily use of plastic;

* Worked in creative workshops „how to reduce the amount of plastic we use and other waste we produce“;

On the last day, everyone received a Youthpass Certificate. 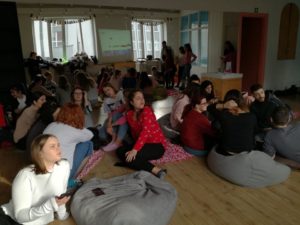 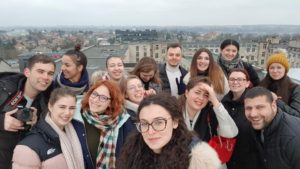 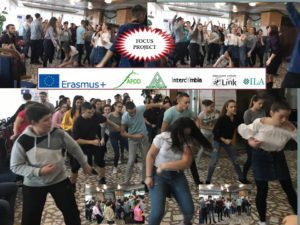 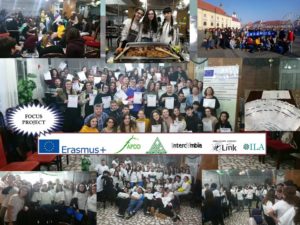 More wonderful moments from the ,,FOCUS’’ Project  2019-2-RO01-KA105-064293 in Romania with the participation of 16 young people, organized by the Ecoworld Rhodopes Association – Smolyan